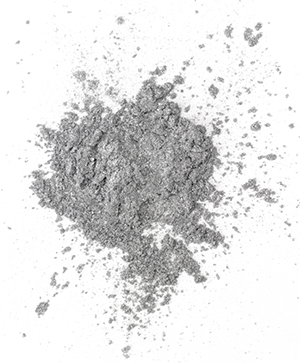 2 million years in the making

Mezotrace® is a 100 percent natural and unique mineral-rich carbonate compound with abundant calcium, magnesium and trace elements. It contains 11 of the known 17 essential minerals for optimum health, and 64 minerals altogether. Mezotrace® is the most complete source of naturally occurring combinations and amounts of primary and essential minerals and trace elements (micronutrients) known to exist.

Unique on the Planet

Mined from an exclusive rock formation in the western United States, there is nothing else like Mezotrace® on the planet. Speculation is that it was formed from a freshwater seabed during the Triassic-Jurassic periods of the Mesozoic Era, approximately 150 to 200 million years ago.

The purity and viability of these minerals and trace elements has been protected from erosion, leaching, and outside pollutants by being encased, since original formation, in rock rich in naturally occurring hydrogen sulfide. Hydrogen Sulfide is a powerful antioxidant and is thought to have played a major role in the preservation of the extraordinarily large percentage of organics found in Mezotrace®.

One rock formation, many minerals

Mezotrace® appears to have a great many uses in human health and nutrition. Since 1983 people who have used it have reported relief from the pain and stiffness associated with arthritic conditions, bursitis, bone spurs and other bone/joint ailments, and it appears to be effective as an aid to more rapid healing from bone and joint injuries and operations. Additionally, Mezotrace® may provide support in relieving leg cramping and muscle spasms, in promoting healthier hair and nail growth, in cleansing and regulating the digestive system and bowels (thus promoting greater colonic health). It may also help reduce physical and mental stresses.

It has been used by pregnant women and nursing mothers as an aid to better nutrition, to ensure in more comfortable deliveries, healthier babies, and increased natural milk content. In general use, it may enhance the overall physical conditioning and help provide relief from the stresses of daily life. Mezotrace® has numerous benefits with regard to general human nutrition and everyday more people are discovering and reporting ways in which its continued use is helping them.

Calcium/Magnesium Natural Minerals & Trace Elements
Each FOUR CAPSULES OR ONE ROUNDED TEASPOON contains an average analysis of the following amount: % of the RDA

Magnesium is the fourth most abundant mineral in your body, a necessary co-factor for hundreds of enzymes, and the most critical mineral of all for coping with stress.